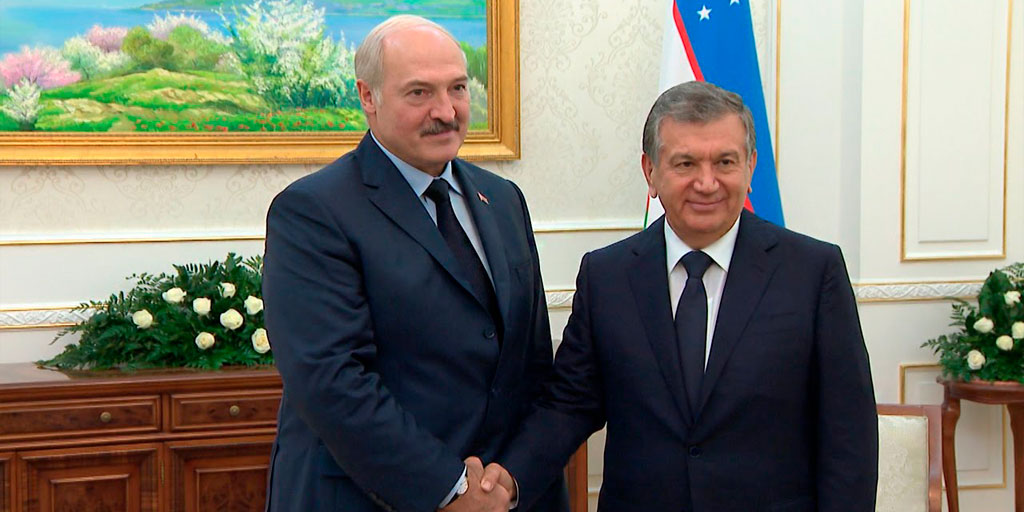 Presidents of Belarus and Uzbekistan Alexander Lukashenko and Shavkat Mirziyoyev estimated the potential of mutual trade of the two countries in a billion dollars.

On Thursday, the talks of the two presidents took place, at which the heads of state noted that countries could increase trade turnover to a billion dollars.

Meanwhile, last year the volume of foreign trade turnover between the two countries more than doubled and reached $ 131 million. This year there is a positive trend – in the first half of the year the volume of trade exceeded $ 90 million.

“In recent years, the volume of trade between our countries has increased significantly. Ahead is a huge opportunity. I dreamed of 500 million dollars, and with this I came here. But when I heard from the president that a billion is close … If the president talks about this, that is the goal. We are ready to go to it, “the press service quoted Lukashenko as saying.

During the talks, the parties raised the issue of setting up joint ventures. The President of Belarus cited the possible establishment of an enterprise in the light industry as an example.

“Here we will grow cotton, process it in Belarus and sell it in those markets where cotton is not cultivated. We have technologies, people, school and production, “said the President of Belarus.

The press service added that the presidents discussed the possibility of working together in the Afghan market.

“We are ready to assemble such equipment today in Uzbekistan, and tomorrow it will be realized not only in Uzbekistan, but also in Tajikistan and Afghanistan … Creating complex machine-building products, let’s go together and help the Afghans,” Lukashenka said.

On September 14-14, Lukashenko is on an official visit to Uzbekistan.