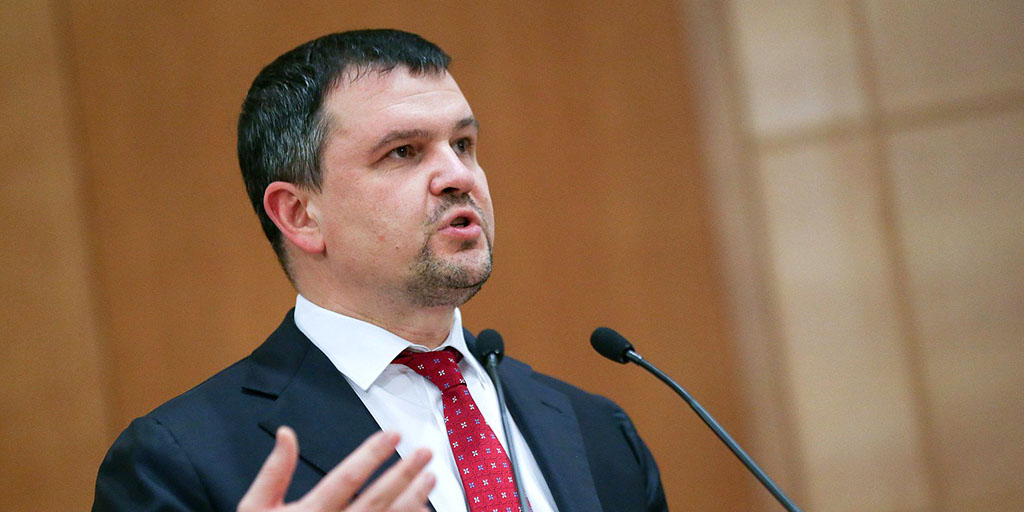 The fact that practical work on the digitalization of the transport industry needs to add dynamism was discussed at the plenary discussion in the framework of the Transport Week by Deputy Prime Minister Maxim Akimov.

“Today, the cargo carrier carries with him from 2.5 to 3 kg of supporting documents. We transport up to 3.5 million tons of paper per year with cargo. We have 2.5 billion paper transactions related to the movement of goods by road and rail, excluding aviation, ”he began to outline the priority areas of work.

Also, according to him, sometimes it takes up to 13 hours to complete the cross-border movement: 2 hours for paper documents outside the route and until 11 hours for processing these documents.

Akimov emphasized that the solution of these two tasks should not be postponed until 2020–2021, as previously proposed.

The decision period, at least for domestic transport and domestic service, should be 2020. According to M. Akimov, there are no technological and regulatory obstacles to solving these two problems.

Another area should be a single service for validating and filling out documents – creating algorithms for filling out templates.

“Of course, we cannot and certainly will not solve these problems outside our Eurasian space. From here follows the next big question – the creation of a cross-border space of trust. We have been able to make significant progress on this issue. The first decision on this issue was made – the creation of a service of the so-called trusted third party. And I believe that next year should be the year of implementation of the relevant agreements that enshrine the legal possibilities of creating such services, ”said M. Akimov.

Concluding the problematic list of issues and promising areas in the industry, he focused on the task of creating the right architecture for interacting with business.

“It’s not enough to provide quality service. It is necessary to arrange this work so that no one rebuilds their existing ecosystems, no one incurs additional costs or they would be minimal in order to join such systems that provide seamless movement of goods along the digital path, operate their own data, exchange these data with their own partners – with a rail, road carrier, freight forwarder, insurance and banking services company. It is necessary to make it a non-discriminatory service, ”M. Akimov explained.

He noted that the government had made a fundamental decision that the creation of such a digital environment would be the basic content of the federal project as part of the Comprehensive Plan for the Creation of a Multimodal Logistic Network.

“We will make a decision that will be absolutely open for accession to it and departmental systems on the side of control bodies (Rospotrebnadzor, Rosselkhoznadzor, Rostransnadzor, traffic police, the Federal Customs Service of the Russian Federation and the Federal Tax Service of the Russian Federation) on the one hand. And on the other hand, it will be absolutely open for joining on a non-discriminatory basis all operators of the transportation process, ”the speaker concluded.