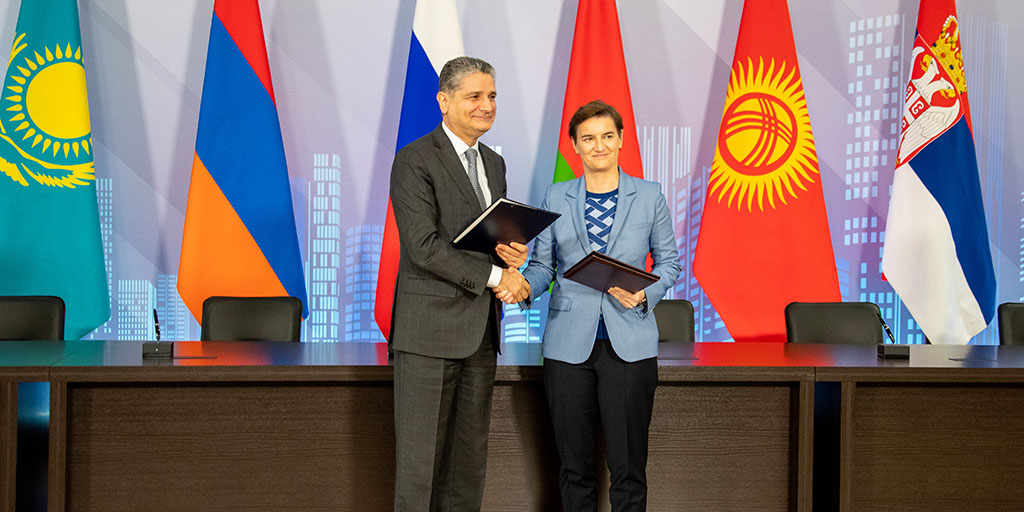 Serbia’s trade with the EAEU member countries will increase due to lower import duties, Rossiyskaya Gazeta writes, citing Russian Prime Minister Dmitry Medvedev. An agreement to establish a free trade zone was signed in Moscow following a meeting of the Eurasian Intergovernmental Council.

“We expect trade to grow.” First of all, due to the reduction of import duties. And for Serbia, the benefits of the agreement with the EAEU are tangible: Serbian goods will be able to enter the union market on more favorable terms, ”Dmitry Medvedev emphasized.

Serbia is already “rubbing a pen” … with which it will sign a free trade agreement with the EAEU.

The EAEU may provide Serbia with “edible” duty free quotas.

Serbia does not lose hope, and the EAEU is pulling and postponing the creation of a free trade zone.

In addition, the Council announced the completion of the ratification of the Agreement on Trade and Economic Cooperation between the EAEU and China. The main goal of the document is to increase the level of transparency of regulatory systems, simplify trade procedures, and also develop cooperative ties. In particular, there are agreements to eliminate unreasonable delays with the provision of expedited customs clearance of perishable goods. The agreement also reflects guarantees for exporters of EAEU member states regarding the protection and enforcement of intellectual property rights.
Recall that after signing the agreement, Serbia will receive duty-free quotas for the import of cheese, alcohol and cigarettes into the EAEU. In a year, Serbs will be able to import up to 400 tons of Buttekase, Glarsky and cheese from sheep or cow’s milk. The quota for alcoholic tinctures on grapes will be 35 thousand liters, for cigarettes – up to 2 billion pieces per year.