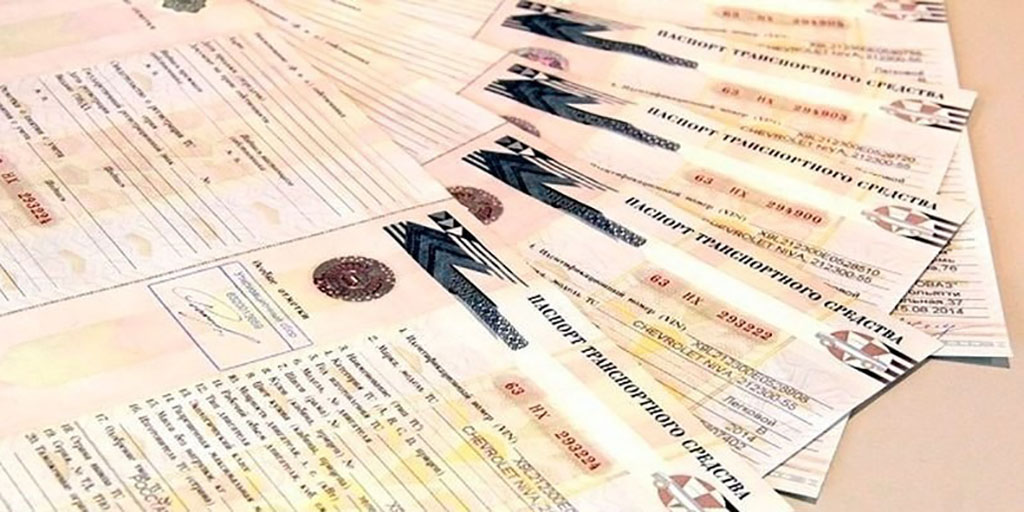 Russian manufacturers continue to switch to electronic PTS, now serially. But the popularity of the EPPS literally on the eve of the mandatory transition to them, scheduled for November 1, leaves much to be desired: from October only about 1.6 thousand of these passports were issued in the Russian Federation. At the car market, according to Kommersant’s data, they fear that it will be impossible to freely export vehicles with EPPS to the main export markets – to the countries of the Customs Union (CU). Formally, this is true, lawyers confirm, but due to the uncertainty of a number of TS rules, there is no point in waiting for the collapse of exports.
GAZ Group was the first in the segment of commercial vehicles to begin mass production of cars with electronic TCP, the concern said. The company transferred two modifications of the Gazelle light commercial vehicle to electronic passports.
The transition to the EFTS will become obligatory from November 1, 2019, but concerns will not rush to issue them. Now, according to the data of the Electronic Passport JSC (part of the Rostec Group of Companies), almost 1.6 thousand ETSs were issued in the Russian Federation, and only eight such passports in Belarus. At the same time, the opportunity to start issuing PTAs in Russia appeared in October 2018, and the preparation of the country of the Customs Union itself began in 2014. Unlike the paper analogue, the information on technical inspection, CTP, auto mortgage restrictions, etc.
Caution to the tool is caused not only by various technical difficulties, as well as incomprehensible preferences, say sources of “Kommersant” on the car market, but also by conflicts at the level of the Eurasian Economic Commission (EEC), which threatens the free export of cars from the Russian Federation to the CU countries from November . We are talking about the import of cars assembled in one of the CU countries to another.
The fact is that since July 2018, by decision of the EAEU No. 72 of 2014, for the free circulation of cars in the territories of the CU member states (Russia, Belarus, Kazakhstan, Armenia, Kyrgyzstan), it is necessary to confirm the localization level of 50%; not less than 30%,
a quota was also provided in the Russian Federation for cars from Belarus – no more than 10 thousand cars per year. Cars that meet the requirements should be included in the ECE localization register, but a year later, in July 2019, only KamAZ is represented from Russian manufacturers. The situation is similar for Belarusians: only MAZ is enabled. In practice, today the restriction of free circulation due to the lack of concerns in the registry does not work, sources noted for Kommersant, therefore, no one was in a hurry to start the list. But the situation will change after the transition to the EPST from November 1, 2019 (EAEU Decision No. 87 of 2014 links the registry to the EPST).
Russian applications, as sources acknowledged by Kommersant in the government and the EEC (see Kommersant of July 10, 2018), have been stalled due to disputes with the Belarusian side. But the whole situation arose due to the lack of a single mechanism for determining the level of localization in the vehicle, explained another interlocutor of “Kommersant”, familiar with the situation. This conflict, as the head of the engineering department of the Ministry of Investment and Infrastructure Development of Kazakhstan, Yerzhan Imanslyam told Kommersant in May, is still trying to resolve. “For example, the Belarusian side also says that not all mechanisms are clear, even the administration itself,” he explained. – We are faced with the fact that the automakers of Belarus went to the Russian Federation, and localization is considered according to another method, the same happened when the Russians went to Belarus. It requires the development of a uniform methodology for determining the level of localization. ”
“Kommersant” sources in the market fear that in November concerns will be faced with export restrictions and it will be difficult for the government to resolve the problem in the absence of a mechanism for issuing old, paper-based TCP. Thus, now it is more profitable for concerns to issue paper TCP to the maximum.
The introduction of the PPST should block the free circulation of cars, confirms Bryan Cave Leighton Paisner partner Vladimir Chikin. At the same time, the source of “Kommersant” says that cars with EPTS, issued in the Russian Federation, were already freely exported and registered in Belarus. The lawyer explains that if there is legal uncertainty in the decision, for example, there is no uniform localization system for the whole territory of the CU, it may not be executed: then the previous rule applies, which assumes that goods made from CU goods are freely circulated in its territory. In general, the presence of confirmation of a certain level of localization is necessary for the Russian Federation, which can no longer use its obligations to the WTO to use preferential duty rates on auto components, unlike other CU countries, and accordingly, is in a less favorable position, adds the lawyer.