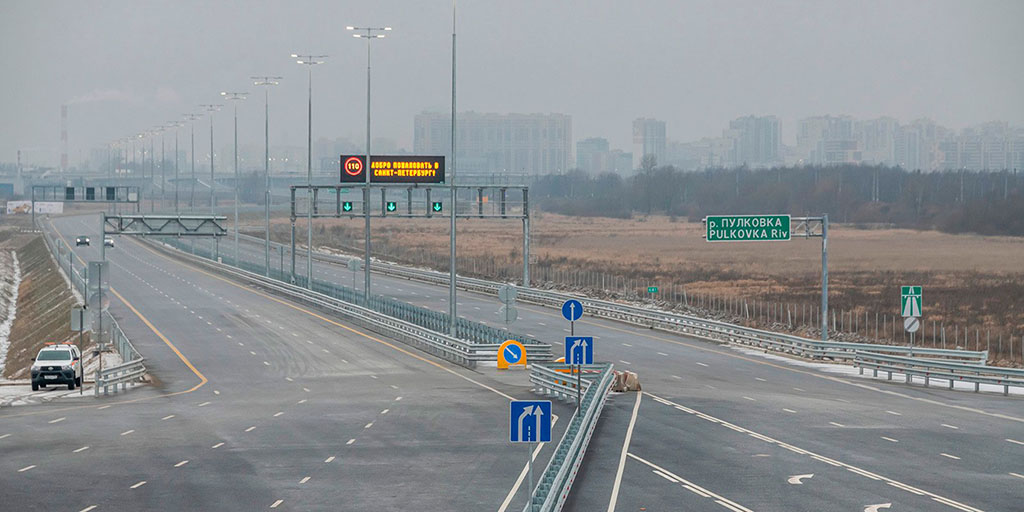 Rosavtodor has completely completed the construction of the M-11 Moscow – St. Petersburg highway. Experts are sure that this highway will not only allow increasing the speed of movement of passengers and goods between the two capitals, but will also give an impetus to the development of several industries that are extremely important for the economy.

Even before the full commissioning, the M-11 highway became the safest in Russia. According to the United Fee Collection Systems (OSSP), from January to September, only 435 accidents were recorded there, and these were not always accidents: drivers turned to for help in the event of a car breakdown or if they ran out of gas.

Largely due to this, specialists of the Avtodor state company in charge of the project are considering the possibility of increasing the maximum permissible speed along the entire highway to 130 kilometers per hour in the spring of next year. So far, overclocking is allowed only in the area bypassing the Vyshny Volochek. This means that in the near future the journey between the two capitals will become even shorter, although now the average journey time does not exceed 5.5 hours.

The fare along the entire highway is quite budgetary. For passenger cars – 1820 rubles on a weekday and 2020 on a weekend. Those with a transponder installed have 1331 and 1494 rubles, respectively.

Of course, the driver needs to pay not only the road fare, but also gasoline. With an average consumption of eight liters per 100 kilometers, the fuel will cost about 2,400 rubles, which means that the whole trip in one direction on the weekend is 3900 rubles. For two – 1950, for four – 975.

Note that the opening of the route will affect the car sharing market. So, Yandex.Drive at the end of October launched long-distance trips between Moscow and St. Petersburg for eight thousand rubles on average. While this is a tariff for the categories of “Shuttle” and “Cargo”, but perhaps in the near future it will be extended to other cars.

The M-11 highway is to become a real testing ground for the testing and implementation of advanced technologies both in the field of IT and in the field of transportation.

In the spring of 2020, testing of unmanned vehicles will begin on one of the sections of the road. This was announced by the director of the department of state policy in the field of road facilities of the Ministry of Transport of Russia Grigory Volkov, adding that all the terms of reference for this project have already been signed.

In two or three years, it is planned to organize the movement of unmanned trucks – separate lanes will be allocated for them. This will reduce transportation costs by 15 percent, and the delivery time of goods from one capital to another by 38 percent. Moreover, road-harvesting equipment is also going to be automated.

Of course, unmanned transport requires the introduction of high-speed communication technologies, which are available along the entire route. We also thought about this: along the M-11, 100 cell towers will be built, which will provide a stable 4G signal. The network will work in the first quarter of next year.

Chairman of the Avtodor Group of Companies Vyacheslav Petushenko said that in the future, one of the first fifth-generation networks in the country will be created along the highway, which will increase the accuracy of UAV positioning to five to ten centimeters.

Another important function of the M-11 is the popularization of gas engine fuels (HMT). In the summer, Viktor Zubkov, chairman of the board of directors of Gazprom, discussed the development of the gas market with Vladimir Putin.

The top manager noted that the key advantage of the gas turbine engine (its low cost in comparison with gasoline and diesel) is faced with a natural obstacle – the lack of a developed refueling infrastructure.

When taking into account the construction of the Moscow – St. Petersburg route, this was taken into account: an additional gas station will soon appear near the village of Yam-Izhora, and next year a new CryoAZS Gazprom will open in the Okulovsky District (for refueling vehicles on LNG).

The capabilities of the gas turbine engine were demonstrated in the fall by participants in the “Gas to Motors – 2019” motor rally, having covered eight thousand kilometers in Russia, Germany, Austria, Belgium, Serbia, Bulgaria, Turkey and some other countries.

“A convoy of gas-powered vehicles that made a motor rally drove along the M-11 highway in the Moscow (MKAD, 15th kilometer) – Tver (147th kilometer), Tver (208th kilometer) – Novgorod region (Okulovka, Sacra, congress at the 444th kilometer), “RIA Novosti was told in the press service of Gazprom.
It is noteworthy that not only foreign but also domestic cars participated in the race: LADA Largus and Vesta CNG, the Volgabus Marathon bus, as well as two prototypes – the KamAZ-5490 NEO truck tractor and the Ural-73945 dump truck.