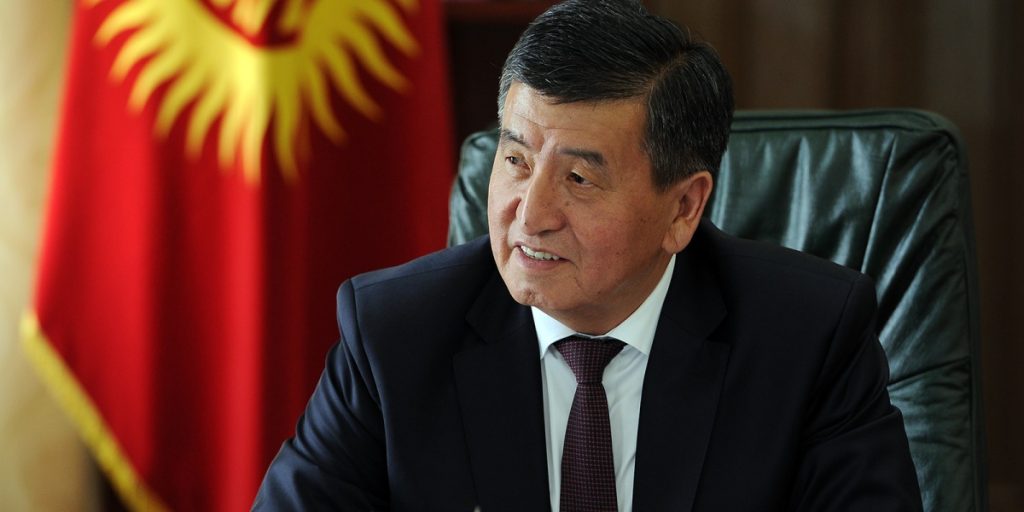 Kyrgyzstan should derive economic benefit from its unique geographical location between the two global economic zones – the EEU and China. This was announced by the president of the Central Asian state Sooronbay Jeenbekov, speaking at a meeting of parliament.
“One of the key global changes is that the center of world economic activity has shifted to Asia, which is caused by the economic development of China and India, and we have a unique condition for further development. On the one hand, we are the closest neighbors with China, and on the other, we are members of the EEU, ”said Sooronbay Zheenbekov.
The President of Kyrgyzstan noted that most countries do not have this chance to become a kind of bridge between these two global economic zones.
“We should not miss this opportunity, and we should skillfully dispose of it,” said Jeenbekov.
In his speech, Jeenbekov called China a strategic partner, and a strategic ally is Russia. He also praised the state visit of his Russian counterpart Vladimir Putin. Bishkek strengthens trusting relationships with its closest neighbors – Uzbekistan, Tajikistan and Kazakhstan. Understanding on many issues reached with Turkey. In addition, he recalled that this year the Chinese President Xi Jinping and the official visit of the Indian Prime Minister Narendra Modi are scheduled to visit Kyrgyzstan.