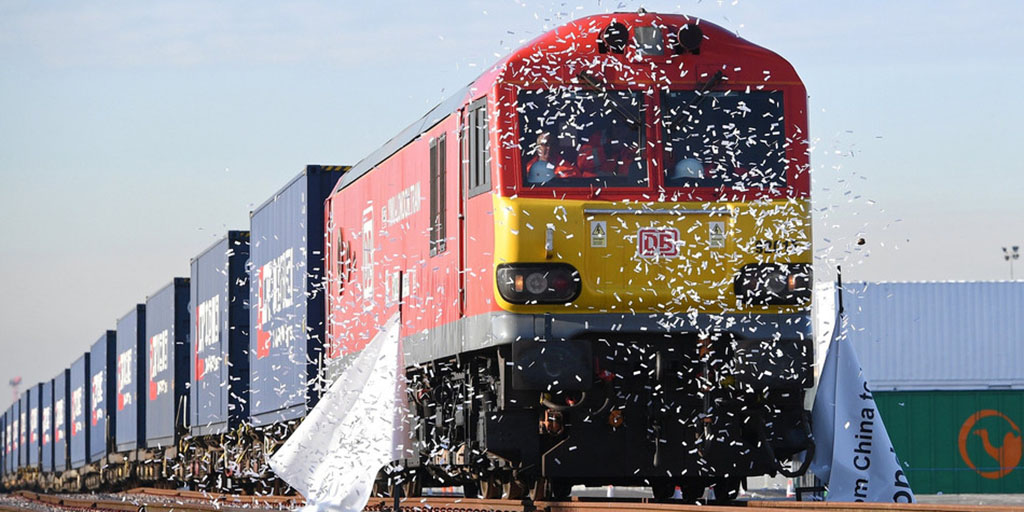 The first freight train from eastern China (Yiwu), the world-famous market for small goods, arrived in Belgium on Friday, October 25, implementing a new route between Europe and China.

Loaded with 82 standard freight containers, the China Rail Express (Yiwu-Liège) eWTP Cainiao eWTP arrived at the terminal in Liège after a 17-day trip.

“This is a new freight route – the first railway line designed for cross-border electronic commerce between China, Central Asia and Europe. Its launch marks a new stage for us logisticians, ”says Stanislav Lykov, head of the logistics center of RKK JSC.

The new service is part of a collaboration between Yiwu City and the Electronic Trading Platform (eWTP), proposed by Jack Ma, founder of Alibaba, an e-commerce company.

Once Liège is reached, the cargo can be distributed to other European countries through eHub, owned by the Alibaba Cainiao Network Logistics Division in Liège, and other regional distribution channels. The new route is expected to reduce delivery time from Yiwu to Europe by at least one to two days.
“Yiwu is the undisputed leader in the development of Chinese e-commerce, and the shipment of freight trains opens up new opportunities for European exporters to the Chinese consumer market at a bargain price. The new route from China to Belgium is another achievement in cooperation between China and Europe in the context of the “One Belt – One Way” initiative, where Russia, in our person, seeks to make its significant contribution by realizing high-quality transit and the “last mile” service, ” – concludes the General Director of JSC Russian Container Company Ivan Grishagin.