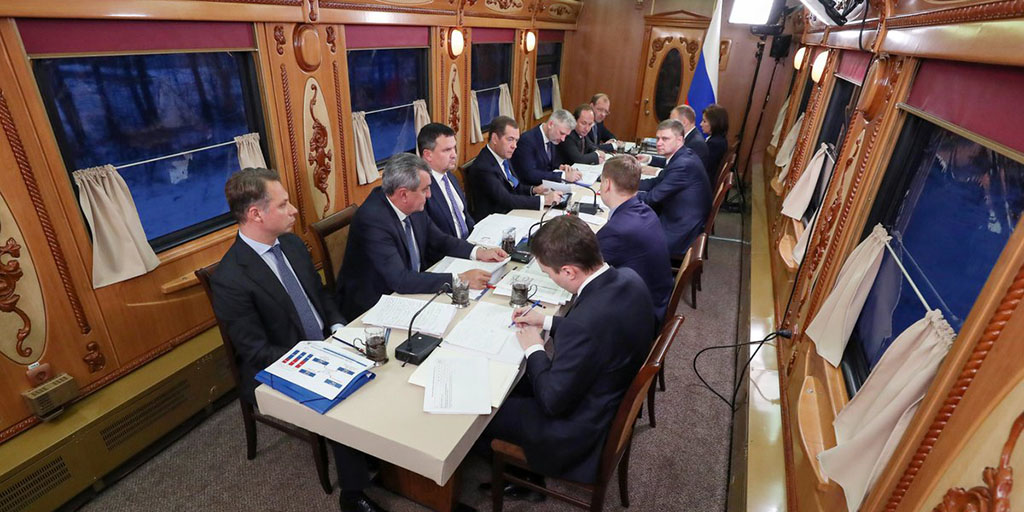 In 2020–2022, Russian Railways intend to allocate 488 billion rubles. for the purchase of more than 1800 locomotives. These will be electric locomotives and new freight diesel locomotives for driving heavy trains at the eastern training ground. Financing of the investment program is carried out at the expense of borrowed funds and company money, practically without attracting the federal budget.

“They would ask, Dmitry Anatolyevich, in accordance with previous decisions (we agreed on them in 2014) to envisage the possibility of financing an increased program for the purchase of towing and rolling stock by means of the National Welfare Fund from the balances on VTB Bank accounts. They were originally intended to purchase precisely these locomotives; at a certain point in time, Russian Railways replaced these funds with borrowed ones. There is a sense of a clear need for a return, the ability to use this money, ”said Dietrich.

But the Post of Russia claims the same means. The head of the company Nikolai Podguzov and the head of VTB Andrey Kostin wrote a letter to Prime Minister Dmitry Medvedev asking them to allocate these funds for the infrastructure development of Russian Post. Now the “Russian Post” is being transformed from a federal state unitary enterprise (FSUE) into a joint-stock company, there are tasks to improve efficiency, investments are needed in modernizing 42 thousand post offices throughout the country, staff training and advanced training (about 290 thousand people) , the authors of the letter reminded.